Residents and staff of Abbeyfield Whitehaven Society celebrate VJ day, remembering and recognising all those who served in the Far East and brought an end to the Second World War.

VJ Day (Victory over Japan Day) is celebrated on the 15th August every year, this year marked it's 75th anniversary. It is the day on which Imperial Japan surrendered in World War II, in effect bringing the war to an end. VJ Day hold great historical importance in the hearts of many around the world.

Both residents and staff enjoyed some amazing singing from the very talented Miss Cindy Hoten and heard a truly inspiring speech from Mark Harding, a war veteran. The High Sheriff of Cumbria, Julie Barton and Claire Hensman, HM Lord-Lieutenant of Cumbria also attended to celebrate.

VJ Day was a very special day for the residents of Johnson House. We had a great outdoor event, whilst still maintaining social distancing. With bunting, union jack hats and flags at the ready, we welcomed The High Sheriff of Cumbria the Lord Lieutenant of Cumbria, representatives of the Royal British Legion, alongside Mark Harding, a veteran of the Gulf war and representatives of the local Council.

"Following a welcome address by myself and a moving speech about the war by Mark Harding, the Reverend Robert Jackson led prayers of thankfulness. Prayers were then followed by a wonderful performance from Miss Cindy Hoten, who sang songs that everyone remembered from the war years, with everyone joining in. The residents were then served high tea in the dining room. It really was quite a day to remember!" he added.

Velvet Cow Media captured the day into a 2 minute short film, which you can watch here. We'd like to say a huge thanks to everyone who made the day as special as it was. 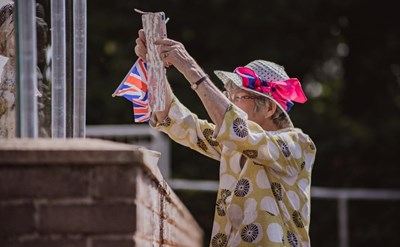 Residents waved their flags with pride 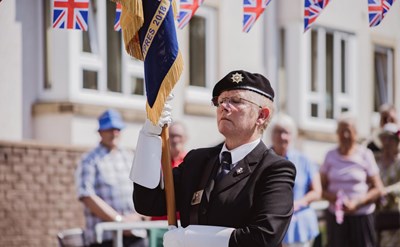 Those who fought were remembered with honour 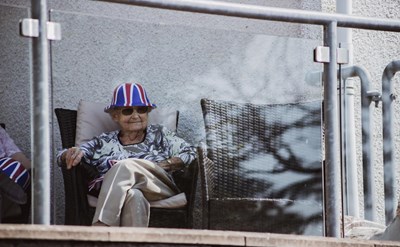 Residents watched from their balconies 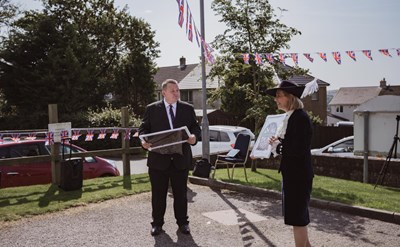 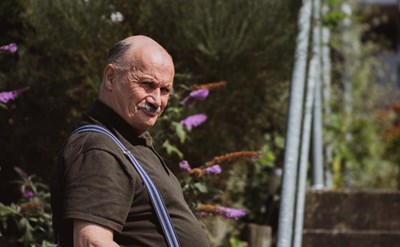 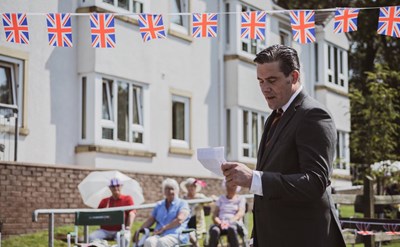 Speeches that inspired everyone 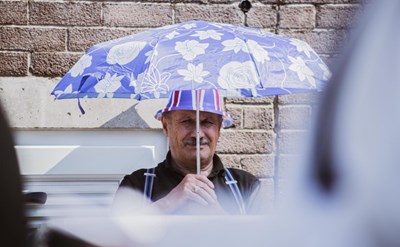 Staying safe in the heatwave!