Congratulations are in order for the team at Grace Muriel House after winning big at two awards nights.

The awards, organised by Script Events and leading industry publication Caring UK, with support from headline sponsor Clydesdale/Yorkshire Bank, recognise excellence, innovation and achievement in all corners of the industry.

To come out on top, the home went through a rigorous assessment process, which involved a site visit by a member of the awards' team who toured the facility, chatted to residents and staff and examined all areas of the business from CQC reports to dignity within care.

Detailed reports were then compiled and passed on to an expert judging panel, which included Nadra Ahmed OBE DL, of the National Care Association, Raj Kapoor of Alzheimer's Society, Mario Kreft MBE of Care Forum Wales, Professor Jane Murphy, co-lead of the Ageing and Dementia Research Centre at Bournemouth University and Caring UK editor Dominic Musgrave, who decided the winners in each category from the shortlists. 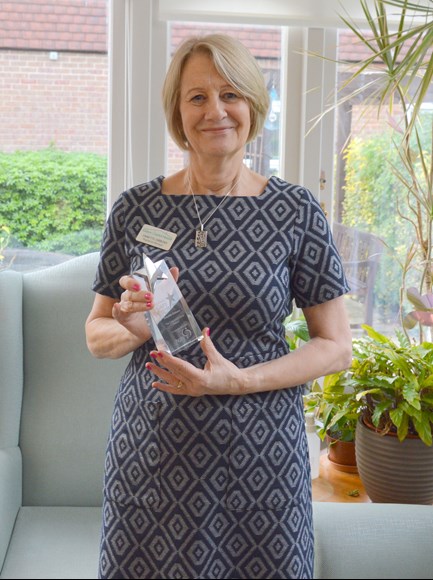 It was said that Grace Muriel's garden 'places an equal emphasis on the importance of having access to outdoor space and creating a wonderfully inviting garden with a huge wow factor. Their beautiful garden has become the heart of their community with lots of areas of interest - they have a fabulous sensory garden, summerhouse, join in with the most creative door step scheme and have a bug hotel. Their garden is accessible and safe, the summerhouse is linked to their call bell system, encouraging residents to feel like it’s their space , reminding them of happy times gone by tending their own gardens . Their whole approach to their outdoor space, especially through the Breath of fresh air programme, recognises the health benefits of being outside, trains staff about these benefits, the staff then encourage the residents to take an active part in their garden no matter what their ability. Whether that is through tending raised planters which are easily accessible to wheelchair users, cooking delicious recipes with the produce from their vegetable patch or making bird feeders -everyone is supported to have a role in ensuring that their beautiful gardens continues to flourish.'

Caring UK Awards event director Judith Halkerston said: “All our winners have had an arduous journey to this point – the standard of entries was overwhelming and every facility that walked away with an award should be extremely proud.”

"Our awards’ night was an amazing celebration of the caring industry as a whole – it was lovely to see everyone having such a great time and receiving the recognition that they rightly deserve.”

Awards were presented in 20 categories at a glittering ceremony at Leicester’s Athena venue, attended by more than 500 care industry professionals and hosted by journalist and broadcaster Christa Ackroyd.

In November the team also attended The Hertfordshire Care Awards where they were nominated for three awards and won two including The Care Leadership Award given to Annette Gibbons, Registered Manager at Grace Muriel House.

We hope you'll join us in congratulating the outstanding team at Grace Muriel and wish them another successful year in 2019!